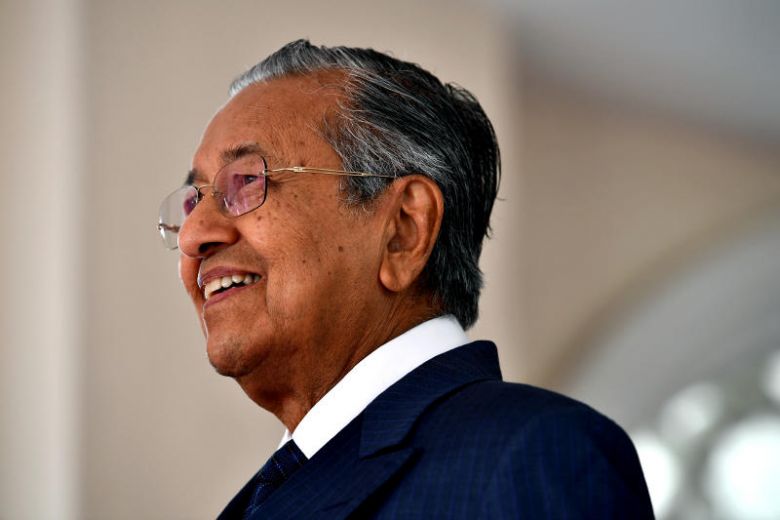 Prime Minister Mahathir Mohamad eats well, does not drink, does not smoke, walks and plays rugby. At 94, he is still very mentally and physically strong.

Sharing the secret to healthy living, Mahathir said his motto is to live like a monkey and eat less. He said that if monkeys eat a meal with fewer calories, their life expectancy will be higher. Therefore, he ate just enough to stay healthy and maintain a weight of 62-64 kg for the past three decades. He does not smoke, drink alcohol and eat too much. He could wear clothes made 30 years ago.

Mahathir became the driver of the distinguished guests to visit Malaysia. On the morning of August 17, Prime Minister Mahathir posted photos and videos of him cycling on social networks. He rode nearly 11 km but still felt very young and energetic.

Not only concerned about the diet, but 94-year-old politician in charge is also active in physical activity. Mr. Mahathir shared that he was not a sports fan during his school years but because he did not want to be lazy and weak, he decided to play rugby.

The Prime Minister said that rugby is a sport that does not require a lot of skills but requires the player to use the brain and involve many body movements. Playing rugby can help him train his memory. Besides, he also reads a lot of books and books and keeps his mind busy.

To train his muscles, Mahathir took the stairs instead of the elevator. The Prime Minister also reminded people to walk more, should not smoke and eat too much, avoid alcoholic beverages to maintain health. Once a doctor, Mahathir said it is important for older people to maintain their health by controlling body weight because when the body is small, the heart easily pumps blood to the whole body.

The Malaysian Prime Minister said he was not completely healthy. Mahathir has heart problems, pneumonia and occasional coughing, so his aides must limit his daily work schedule to protect his health.

Mahathir Mohamad was born in 1925. He first became prime minister in 1981 at the age of 56 and retired in 2003 after running Malaysia for 22 years. In 2018, Mahathir returned to be the head of government and became the world’s oldest prime minister.