In January 2014, Living Primal received an email testimonial from a reader in Chicago, Illinois. We were super excited to see the growing reach of our audience and very inspired by this woman’s journey to health. We called her up, and this is what we learned about Elena Davydov’s story.

About a year ago, at the age of 24, Elena found herself 95 pounds overweight, tired, depressed and trapped in a low-fat, grain-heavy lifestyle. But it wasn’t until she got a medical diagnosis of high blood sugar and pre-diabetes that she knew something had to change – and fast. She researched “every diet book out there,” eventually landing on the paleo diet. “It made so much sense,” Elena wrote in her email. “I understood how healthy clean foods were much better than the packaged, refined carbohydrates I had been eating.”

With clean paleo-focused eating and a regimen of walking and weight lifting, Elena has lost 83 pounds and 14% body fat! She also improved other health markers like blood sugar with recent blood work showing “everything in the normal range.” And now let’s hear from Elena about her primal journey. 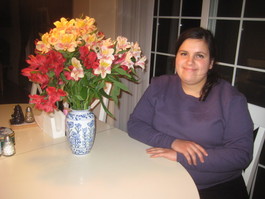 How did you find Living Primal?

I did a ton of research and looked at every site imaginable. Eventually, a Google search of the word “primal” turned up livingprimal.ca. I really liked the success stories and the easy-to-read layout of the site. I also really liked how you encourage education and eating real food.

How did you hear about the primal lifestyle?
After I realized that my doctor had no idea how to help me, I knew that I had to take things into my own hands. I looked at native cultures and asked – what are they eating? What would a person have eaten if they had to survive in the wild? I saw animals, fruit and nuts – I did not see oatmeal or sandwiches! The primal philosophy just made sense to me.

What surprised you most about your primal journey?
In the first month 30 pounds fell off. And the most shocking thing was that I wasn’t hungry and I ate as much as I wanted to. The weight kept coming off in the subsequent eight months, and then I hit a plateau.  Recently, I’ve been losing a pound or two a month, but I have been building a lot of muscle. 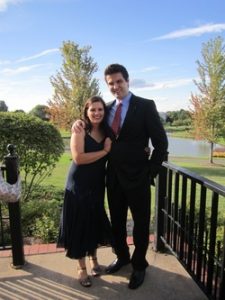 What was your biggest challenge with the primal lifestyle?
The most difficult thing is trying to get other people to understand what I am doing. Most people think fat is the scariest thing on earth, and that you should eat whole grain bread all day long. So when I eat half an avocado and some meat they ask where my carbohydrates are, and think I will get sick without them.While my family has been supportive, they are not as interested in why it works. Unlike me, they are not reading books from Loren Cordain!

Can you comment on your successes – and flops – in the kitchen?
After initially going too crazy with complicated paleo baking, I learned that I have to keep it simple and keep foods in their basic state. When I want a treat, I make paleo coffee banana pancakes fried in coconut oil and drizzled with grass-fed butter.

In terms of flops…I tried making banana bread out of almond flour, but it came out like a hard, dense cookie. I also tried making coconut butter in my food processor, but it didn’t work. I think you need a really powerful food processor to make it work. 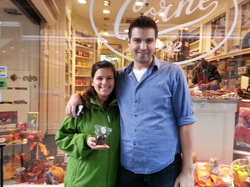 How do you feel now compared to pre-primal?
I feel so much better, like a different person. When I shop for clothes, people give me more respect. Doors open when you look healthier. Your confidence goes up. I no longer feel like I can get fooled when I go to a store to buy food. I wish more people knew how food affects their bodies. Anything else about your primal journey you would like to share?
Buy in bulk – it makes life easier – and try to find good people to buy quality products from. Seven Sons Farm in Indiana delivers to the Chicago area. I get meat and pastured eggs. I am a huge proponent of grass-fed liver, and will even eat animal heart. I buy my vegetables from Sandhill Family Farms, Grayslake, Illinois.

Also, don’t be too hard on yourself. You will slip up — it’s impossible not to make mistakes. But be forgiving and move on.