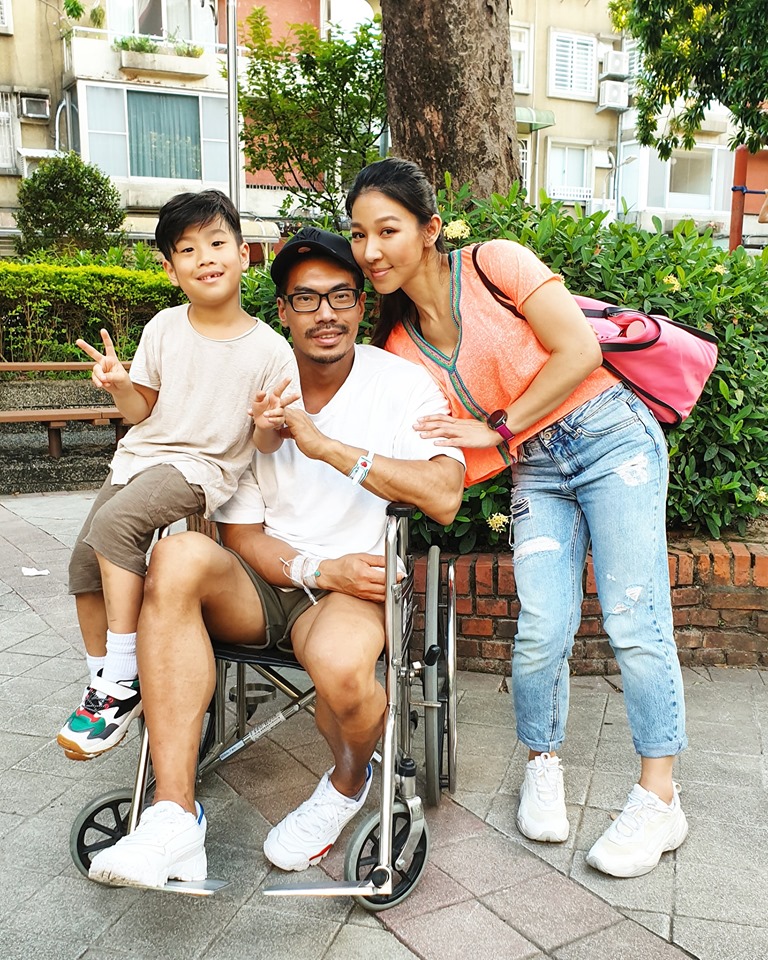 Despite being a regular athlete and having a reasonable diet, this bodybuilder still has to suffer from stroke at the age of 37. The reason is that he often stays up late, which causes fatigue and lack of sleep.

This is story about a 37-year-old bodybuilder in Taiwan, commonly known as JZ Fitness or Fitness Dad. He and his wife JZ Mum are golden couples in Fitness. Because they always exercise every day as well as regularly participate in events and organize health classes.

However, JZ Mum shared his traumatic experience on Facebook on September 13. She said it was a normal morning, and her husband wanted to take a nap after taking his son to school. All of a sudden, she saw him collapsed to the ground.

She said it was fortunate that she was in the room at the time and promptly called an ambulance to take him to the hospital. The doctors informed him that he had a stroke, but because he was given emergency medical care, it was not life-threatening.

JZ Mum said that she couldn’t believe that this happened while their health was always good. After a week of hospitalization, her husband was also transferred to a normal room but was still in a coma. Her husband herself is a bodybuilder who knows how to take care of health. Thus, many people wonder why he suddenly had such a stroke. However, after studying the history of him and his family members, doctors discovered one thing.

JZ’s health was still stable up to the time before the stroke, but on his mother’s side, she had blood clotting problems. That means the disease can be inherited. In his family, there were 2 people who had a stroke in their twenties.

The couple thought they were very healthy because of regular work, young and regular checkups. However, the husband usually goes to bed late at 2 am to finish the work and then wakes up at 6 am. During the day, he also takes a nap, but on average he sleeps less than 6 hours a day. From this, along with the medical history of family members, that could have been the cause of his stroke.

JZ is currently receiving treatment and rehabilitation. His wife said that after this incident, the whole family learned valuable lessons. They start going to bed at 10 pm and wake up early in the morning. She also hopes that through her sharing, people can become aware of a healthy lifestyle to protect their health.